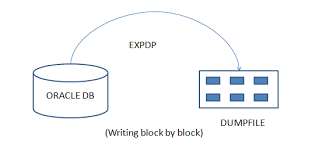 You can now create a duplicate of an Oracle Database by using the createDuplicateDB command of Database Configuration Assistant (DBCA) in silent mode.

This feature enables developers to work on identical copies of an Oracle Database.

AutoUpgrade enables you to upgrade one or many Oracle Database instances at the command-line, using a single command, and a single configuration file.

AutoUpgrade runs pre-upgrade tasks, performs automated fix-ups where needed, processes the database upgrade, and finishes the upgrade by completing post-upgrade tasks. It includes automatic retry and fallback, the option to schedule upgrades for future points in time, and the ability to set, change, or remove initialization parameters as desired.

AutoUpgrade significantly reduces the manual effort associated with database upgrades. It enables you to upgrade multiple databases at the same time. It can even take care of routine upgrades for databases that are not actively managed by skilled database administrators.

By reducing the effort needed for upgrades, and by implementing recommended practices automatically during the upgrade process, AutoUpgrade makes the database upgrade process easier to complete, and reduces risk.

There is a new transform parameter, OMIT_ENCRYPTION_CLAUSE, that causes Data Pump to suppress any encryption clauses associated with objects using encrypted columns.

You can now import tablespace files mounted on two different databases as long as the files are set as read-only.

A new option allows you to restore pre-12.2 default behavior, such that tablespace data files are read-only during the transportable tablespace import process. The benefit is that this allows a tablespace data file to be mounted on two databases, so long as it remains read-only. However, using this option requires that the source and target databases have exactly the same daylight savings time (DST) version because TIMESTAMP WITH TIMEZONE data is not adjusted upon import. Also, if you specify this parameter, then the database does not automatically rebuild tablespace bitmaps to reclaim space during import. This can make the import process faster at the expense of regaining free space within the tablespace data files.

You can more easily determine how long an export takes, and discover unforeseen issues not reported by the closure check.

Test mode for Transportable Tablespaces (TTSs) performs a metadata-only export test using TTSs or full transportable export or import. It also removes the requirement for the source database tablespaces to be in read-only mode.

Oracle Data Pump prevents inadvertent use of protected roles during export and import with the new command-line parameter ENABLE_SECURE_ROLES.

Some Oracle roles require authorization. If you need to use these roles with Oracle Data Pump export and import you must explicitly enable them. The new ENABLE_SECURE_ROLES parameter is available for EXPDP and IMPDP clients, and for the Oracle Data Pump PL/SQL API. Starting with Oracle Database 19c, the default is NO.

Oracle Data Pump can import table data in all partitions of a table as one operation instead of separate operations for each partition.

GROUP_PARTITION_TABLE_DATA, a new value for the Import DATA_OPTIONS command line parameter, changes Oracle Data Pump default behavior by importing table data in all partitions of a table as one operation. This parameter is useful when you do not want the default Import behavior that imports each table partition as a separate operation. Import chooses the default. For instance, you can use this parameter when there is a possibility that a table could move to a different partition as part of loading a table. The default is also used when the table was not created by the Import operation.

When you need to import multiple dump files from the object store service, wildcards in URL-based dump file name can simplify the import command for Oracle Autonomous Database. It can reduce typing and lessen the possibility of a misspelled a dump file name. Do not use a wildcard character in the bucket-name component.

Oracle Data Pump import is no longer constrained to using the DEFAULT_CREDENTIAL in Oracle Autonomous Database. Starting with Oracle Database 19c (and backported to Oracle Database release 18c, version 18.3) the new IMPDP client CLI CREDENTIAL parameter accepts any Oracle Cloud Infrastructure (OCI) Object Storage credential created in the Oracle Autonomous Database. Data Pump validates whether the credential exists and the user has access to read the credential.  Any errors are returned back to the IMPDP client.